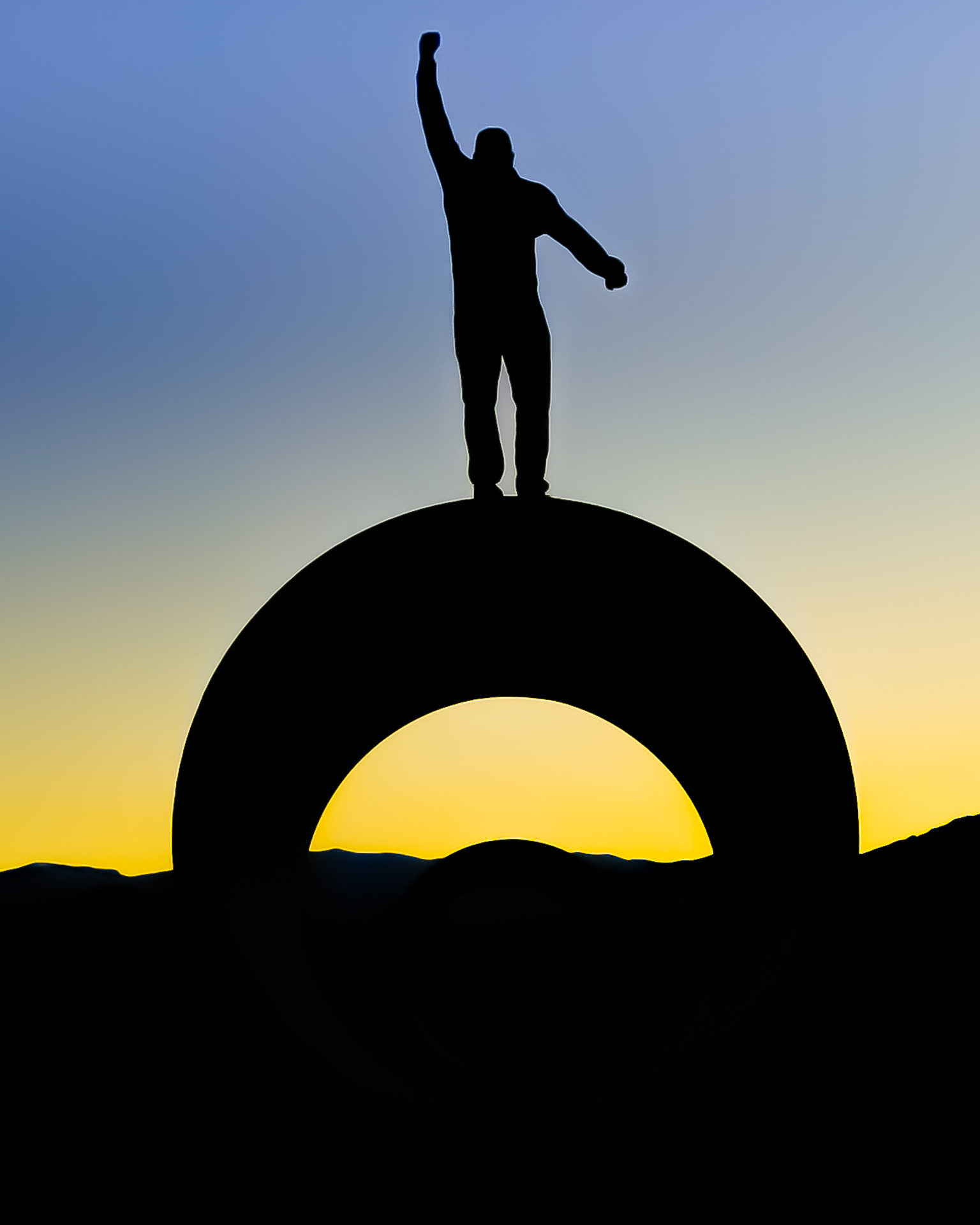 The Sun Tunnels, a form of land art integrated directly into the landscape, are located in the Great Basin Desert of Northwestern Utah in Lucin, Utah. The Sun Tunnels are four concrete cylinders aligned to frame the sun on the horizon at sunrise and sunset during the summer and winter solstices. They are each drilled with holes to pattern the constellations of Draco, Perseus, Columbia, and Capricorn. Little Sahara Sand Dunes Recreation Area located in Nephi, Utah, about 115 miles from Salt Lake City, is one of the largest dune fields in Utah and is the result of deposits left by the Sevier River as it flowed into ancient Lake Bonneville 15,000 years ago. The Paria Canyon - Vermilion Cliffs Wilderness Area in Marble Canyon, Arizona, is best known as the place where you can find Buckskin Gulch and The Wave Hiking Trails. However, this rainbow-colored mountain is in a remote area that many people probably don't know exists. It is best found through a process of discovery.

Sunset Crater National Monument in Arizona formed by an eruption 1,000 years ago. The Crater gets its name from the red and yellow cinders that form its rim.

John Day Fossil Beds National Monument in Kimberly, Oregon, is known for being home to one of the richest fossil beds in North America. There are 3 dispersed units which require driving to each unit. The most popular is The Painted Hills and Painted Cove Trail.

Hovenweep National Monument in Blanding, Utah, is known for its 6 prehistoric Puebloan villages constructed over 10,000 years ago with multi-story towers and kivas on the edge of cliffs. The building is aligned so light at sunset enters the openings into the building during summer and winter solstice and spring and fall equinox.

Goblin Valley State Park in a remote area of the San Rafael Swell near Green River, Utah, is known for its unique geological landscape including sandstone rock formations called goblins. The landscape was formed 170 million years ago by extreme nature conditions and even has a 24-site campground where you can camp among the rocks known as hoodoos.

Painted Rocks State Park is an ADA-Accessible State Park with 25 campsites located deep in the West Fork Valley of the Bitterroot Mountains of Montana. It gets its name from the grey and black rock cliffs that are covered with bright green, yellow, and orange plants called lichens.

Comet Neowise, the brightest comet since Hale-Bopp Comet, illuminates the starry night sky over the mountain peaks of Northern Utah.

Coral Pink Sand Dunes State Park in Kanab, Utah, is 10,000-15,000 years old, was formed by high winds eroding pink Navajo Sandstone, and shifts as much as 50 feet per year. Kanab is also known as "Little Hollywood" due to being featured in so many Hollywood films.

Colorado has 53 out of the 96 total mountain peaks in the United States with elevations above 14,000 feet known as "Fourteeners." It is a mountain climber's and hiker's dream, especially during the fall when the Rocky Mountains are covered with orange fall foliage, aspens with bright yellow leaves, and green pine trees.

Bryce Canyon National Park, located off of Scenic Byway 12 in Bryce, Utah, is known for its scenic overlooks with views of multi-colored rock formations called hoodoos and pink cliffs.

Island in the Sky in the northern part of Canyonlands National Park in Moab, Utah, has various overlooks and cliffs with views of the vast canyons and the Green and Colorado Rivers 1,000 feet below.

Box-Death Hollow Wilderness on Hell’s Backbone in Escalante, Utah is reached by a rugged high backcountry road. It is one of the most scenic backways in Utah.

Willis Creek Narrows Hiking Trail is located in a remote backcountry in the White Cliffs of the Grand Staircase in Southern Utah and is a great beginner hike.

The most remote (and beautiful) red rock backcountry in Utah can be found in the Waterpocket Fold, a geologic feature formed by a buckle in Earth’s surface.

The Windows Section at Arches National Park is a great place to see the starry night sky! The opening in the rock reveals views of Turret and Double Arch.

Surprise Canyon at Capitol Reef National Park is a slot canyon on the Waterpocket Fold in Torrey, Utah. The canyon can be reached by driving the Burr Trail.

Scott Ricks is a creator of high-quality commercial travel content based in Utah. His Instagram page @swagginscottricks is community driven and sought out by avid travelers, lovers of nature and National Parks, and others who are looking for useful travel tips that are derived from his own experiences as a travel photographer. Scott Ricks stands out among the crowd as a highly personable, engaging, and innovative visual storyteller, digital influencer, and leader who others look to for destination-specific advice.

The past five years have taken him to the rolling green hills of Switzerland, the emerald-colored waters of Berchtesgaden National Park in Germany, and the beautiful village of Hallstatt, Austria, among others. He also frequently takes road trips throughout the deserts of Utah and areas of natural scenery all over the entire United States in his blue Toyota Tacoma TRD Pro and campervan. Recent road trips include a road trip across the United States to photograph travel destinations embraced by peak fall colors and a road trip to the otherworldly landscape of Craters of the Moon National Monument in Idaho.

I’m a perfectionist! There was something about t

PRO TIP: To create a unique picture, try to emphas

SAVE THIS POST for the best places to watch the su

SAVE THIS POST and add this fascinating place to y

ZOOM IN for a closer look at the unique rock forma

SAVE THIS POST so you remember to reach out to me

SAVE THIS POST for information on a magical waterf

SAVE THIS POST for details on an otherworldly volc

Happy holidays if it is a holiday you celebrate! I

Are you ready for the holidays? - Santa’s Elves

This picture was taken during a sand storm, which

SAVE THIS POST so you remember to reach out to me

SAVE THIS POST for information on the city that is